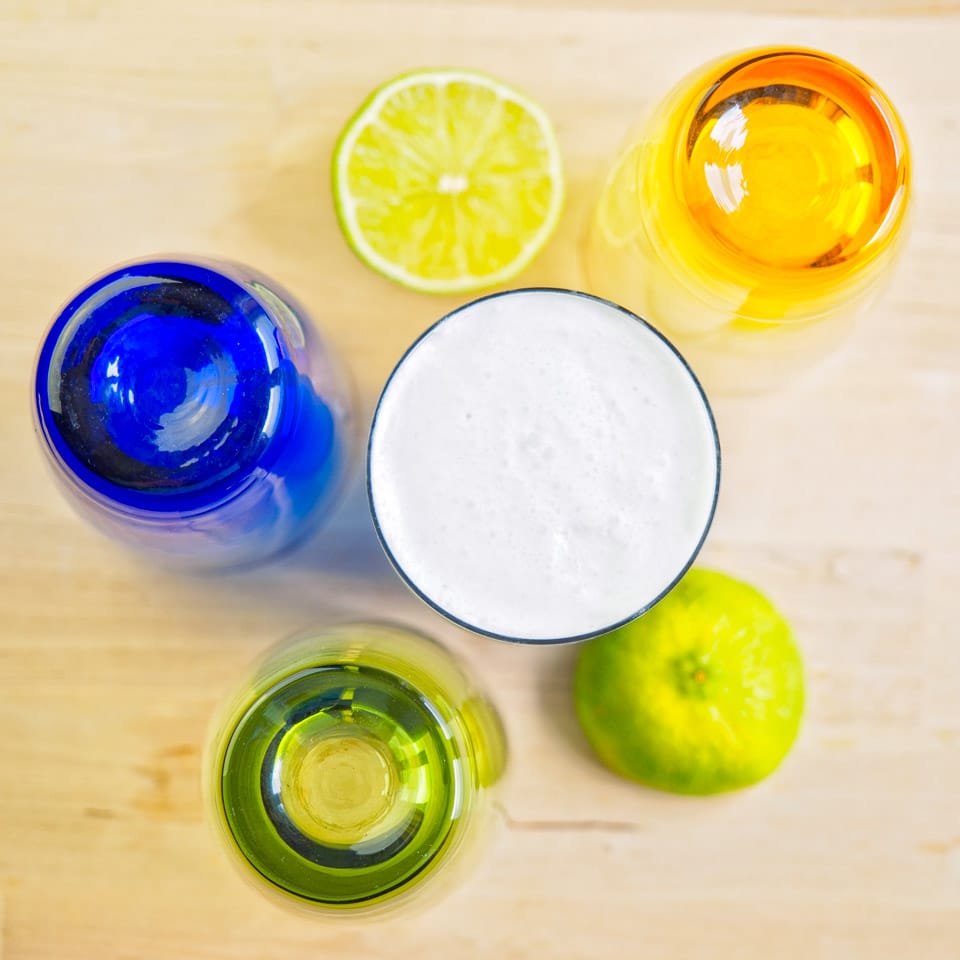 Summer! The opportunity to try to find something different to drink instead of tea, coffee, home brewed ginger beer or water with diy fruit syrup!
In June I bookmarked a “Limonada de Coco”  recipe  from one of my favourite food blogs : Smitten Kitchen.
Everything with coconut, except maybe coconut potting soil, is tasty :-)
Last weeks’ heatwave was the moment to try this recipe a few more times and do more research about coconut milk.

Limonada de Coco is a very popular drink in Northern Colombia.
It’s based on just 4 easy to find ingredients : ice, coconut milk, sugar (perfectly replaceable by stevia or any other neutral sweetener) and lime juice.
Put everything in a blender and ready!
Keep blending till you have your preferred texture. You can go for a very icy and grainy version but also a fully blended result resembling an ice cold refreshing smoothie. Just try it :-)

The first version was a bit too heavy due to the amount and kind of coconut milk I used.
This also varies in the recipes and comments.
The Smitten Kitchen recipe used coconut milk.
My Columbian recipes version prefers the heavier coconut cream.
In the comments on both recipes people mention they sometimes use condensed milk as a sweetener or even replace the coconut milk by coconut water and condensed milk.

Buying coconut milk is often a confusing experience in the shops but it’s actually very easy… read the label and check 2 things :
-The percentage of coconut. Around 40 - 60 % is coconut milk, everything with an higher content is the heavier coconut cream.
-If the coconut milk contains added sugar it’s cream of coconut. The main purposes are desserts and cocktails but it’s handier to buy plain coconut milk or cream and add your own sweetener.

These days it’s easy to find a lot of coconut products without binders (guar gum/…) and preservatives in cans without BPA or in Tetra Pak :-)

Coconut milk is nothing more than the grated white flesh of a coconut, soaked in warm or boiling water, strained and pressed.
The first time you will get the creamier, heavier coconut cream.
The second pressing, after adding more water, will be the thinner coconut milk.
In certain recipes they only press and strain once but change the amount of coconut : 4 parts versus 1 part water for coconut cream instead of 1 or 2 parts for coconut milk.
You can dry and blend the coconut pulp to make coconut flour. That’s a rather overpriced ingredient in most shops ;-)
So it’s actually easy to make your own fresh coconut milk using nothing more than a blender, fresh or desiccated coconut, soak, press and strain using a nut milk bag or juicer!
Creamed coconut is the reduced and dried version of coconut milk. This is a solid block that you can mix with water to end up with, surprise, coconut milk.
I often grate the block straight into the dish. Mainly Indian or Thai curries.

I’m lazy so I mainly used cans :-)
My favourite brands are Aroy-D and Terrasana (80 % coconut and organic).

Enough about the confusing world of coconuts, back to the lemonade!
My first attempt was too heavy and this is so refreshing and smooth I want to be able to have at least 2 glasses.
I reduced the amount of coconut milk a bit and I use a brand with a lower coconut content.
To make it slightly sweet I add a pinch of stevia (98% extract).
Lime is tasty but I prefer lemon and lemon zest :-)

Play with the amount of ice, coconut milk, juice and sweetener and keep on tasting! Enjoy! 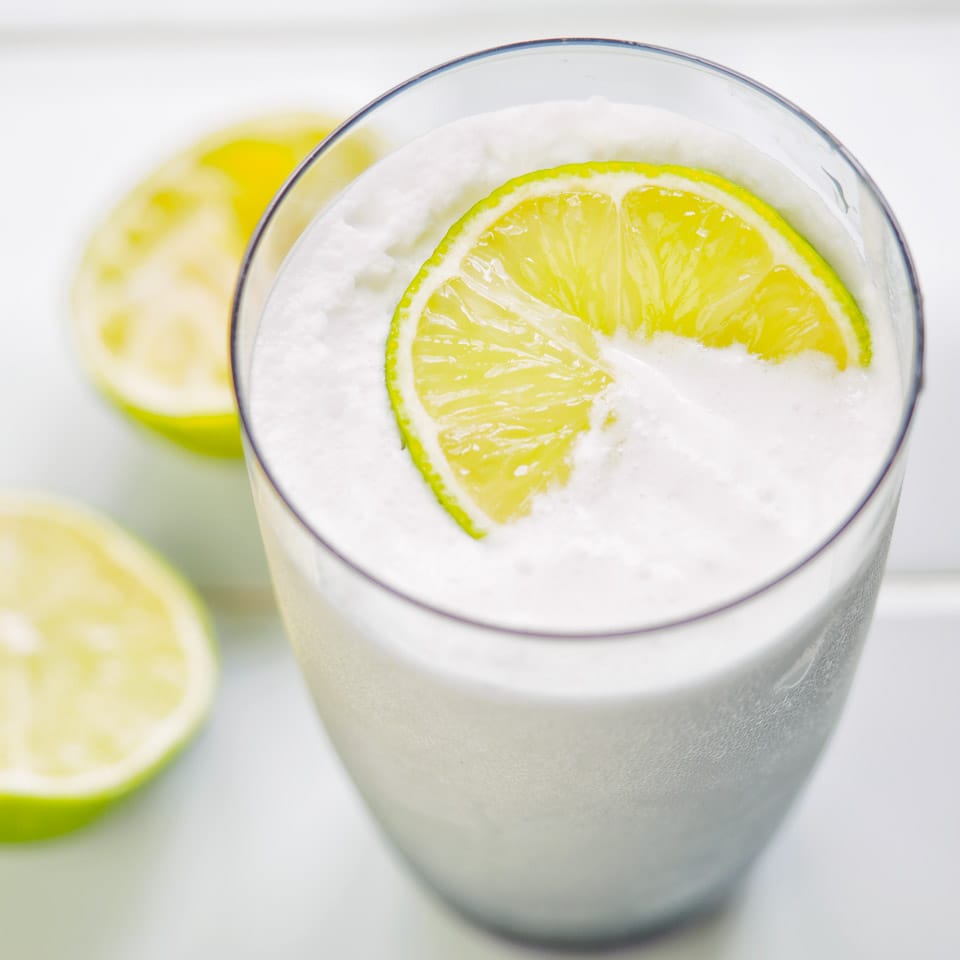