Vegetable chips start to pop up everywhere as a sound alternative to regular chips.
Whether they are really healthier is something for nutrionalists to decide, but making vegetable chips is not at all difficult and dirt cheap.

I started working with these vegetables. 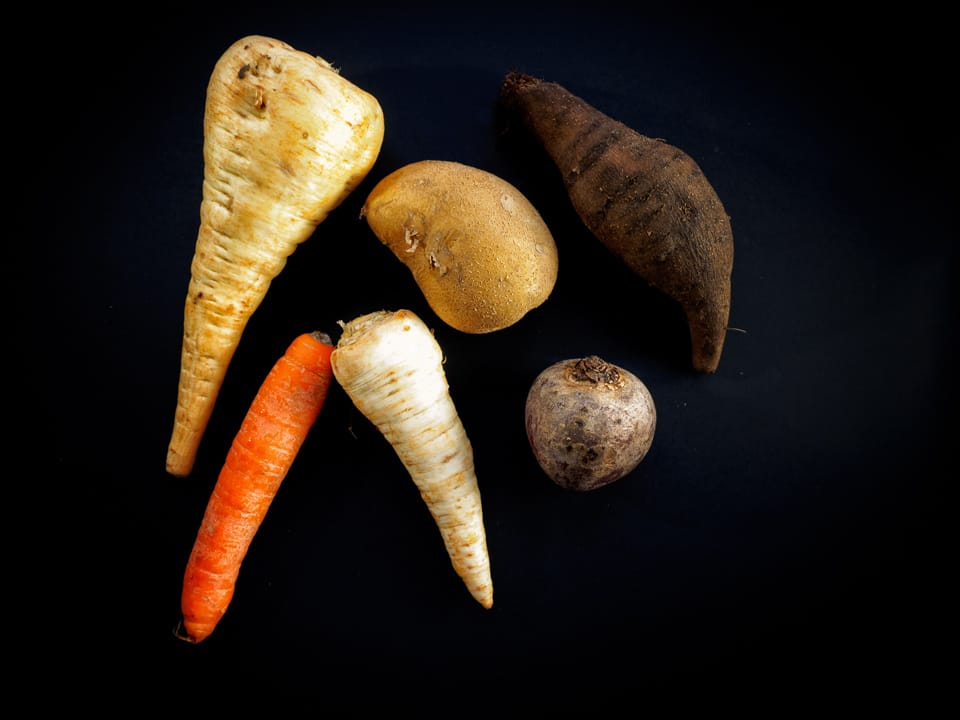 I tried to make the vegetable chips in the oven. Take a look at the links for some recipes.
The results were very unstable and because I have a small oven it is difficult to have a fair amount of chips because the vegetables should not overlap.
For the deep fried version I used the recipe from Chefsteps.
They lower the temperature to 140-150 C and give 2 interesting tips.
Soak the sliced vegetables that contain starch (check the amount of carbohydrates) in water to reduce the amount of sticky starch.
In the deep fryer bake till all the bubbles have disappeared.
Most of the water will be gone and you will have a crispy result.
If the crisps are still soft after cooling: fry a second time.

The flavouring is very subtle, a bit of coarse sea salt, because the vegetables already do the trick. A tasty alternative is salt mixed with spicy smoked paprika. In the links you can find more inspiration. The taste of the beetroot changed a lot. The earthy taste goes to the background and the sweetness is more pronounced. The yacon resembles dried apples.
So next time you go deep fry, throw some vegetables in the fryer! 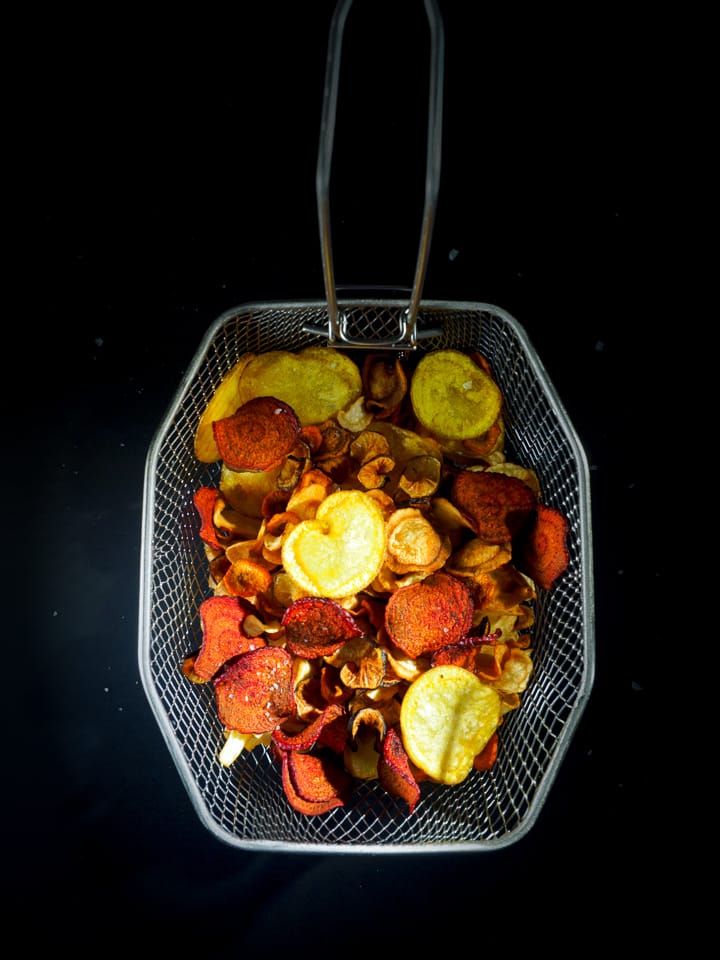